No Camera2 API hasn't been spirited away from the Xperia XZ Premium. Here are the features of the Camera2 API that you have access to.

There’s been a lot of panic on the internet lately about how Sony’s new smartphone, the Xperia XZ Premium, has had Camera2 API spirited away by sinister developers in an outright attempt to ruin their lives and prevent them from shooting RAW. I’ve got some good news though – not only is the Camera2 API not missing, it’s just a few classes away from offering 100% integration with all off the goodness that is Camera2. For those who have been dying to shoot ARW, NEF, RAW, DNG, or maybe even TIF on their mobile devices, there is a bit of bad news though, your phone doesn’t support any form of RAW image capture – zippo, nadda, zilch.

Do You Really Need to Shoot RAW…On Your Phone?

Look on the bright side though, who in their right mind really wants to shoot RAW format on a smartphone? I mean, what’s next? Violent riots that Sony won’t offer some high-end macro, wide-angle, super-zoom, and telephoto lenses for it either? My previous phone was a Nexus 6p, which has support for RAW, and yes, I played with it on several apps, I edited the DNGs I captured in Lightroom and CaptureOne, but you know, it was’t really worth it. In fact, because the actual camera hardware is pretty mediocre on the Nexus 6p, I got what I would collectively call ‘crap images’ that I shared literally nowhere.  For all intents and purposes, the Nexus 6p running Android 8 Oreo, which includes the latest version of Google Camera, is going to yield virtually identical images to the Pixel and Pixel XL because it has the same front and back cameras and the same software. It’s important to note that most of Google’s imaging magic is application based, not hardware based. You’re getting a significantly better camera in the Xperia XZ Premium than just about anything else out there right now. What you’re not getting is a piece of software that was designed to snap a boat-load of images in rapid succession and then run a bunch of algorithms on them to meet certain subjective imaging standards set forth by companies like DxOMark. Of course, it’s not like you can’t download something like the GCam APK Mod and run it on your new phone, but honestly, the results aren’t as impressive as you might think.

Why Do You Hate Sony’s Camera App

I personally like the app Sony produced for this camera and I expect it will continue to get even better as they develop it further. It’s built around their specific hardware and performs better than anything else seems to. I really like the images I’m getting out of it in JPEG. The thing to remember is that it was designed with a lot of technology centered around photographers. So while you’re not having 30 layers sandwiched together to give you crazy dynamic range, or a bunch of algorithms run to do all of your photographic thinking for you, you can take just a moment more to get the right exposure. If you want to kick up the dynamic range a bit, the app also does have an HDR option in manual mode that works really well. If you really miss the AI aspect of Google Camera, you could always get something OS X or Windows software based along the lines of Photolemur too.

Has DxOMark Lied You?

What most people don’t realize about companies like DxOMark, is that their very existence relies on convincing camera and smartphone manufacturers to buy their proprietary imaging software, DxO Analyzer to make their products subjectively ‘better.’ Companies that buy DxOMark’s software build their products around it, knowing roughly where they’re going to rank  when their devices are reviewed.  There is an unavoidable bias here, which is that companies that do not invest in their software, have an overwhelming likelihood of scoring lower on these reviews. Sometimes these standards don’t work well in the real world either. Just look at the absolute fiasco that was their OnePlus 5 review. DxOMark gave this abysmally underachieving mobile-device an insanely high score of 87, headlining it “a serious shooter.”  If you check that link, you’ll notice an endless sea of disbelief in the comments area and near infinite calls for a re-test. What you have to realize is that, based on DxOMark’s process of analyzing at the time, this device had a supremely awesome camera. The problem was that just about everyone else hated it with a passion. But don’t boycott  DxOMark just yet – they are generally a good resource for how a camera or lens is going to perform, just don’t ever fool yourself into thinking this is a science or that anyone can honestly tell you with real authority that “this is the best camera in the world” – unless you run into Ansel Adams as some kind of photographic-imaging-prophet back from the dead or something like that, I’d totally listen to Ansel Adams.

And the Results Are In

At any rate, with no further delay, here is the exact current configuration of Camera2 on the Xperia XZ Premium. To obtain this information, I installed Camera2 Probe app on my new phone – partially because it was free and had a high rating in the Google Play Store, but mostly because it sounded dirty.

Level_3: No
Full: Yes
Limited: No
Legacy: No 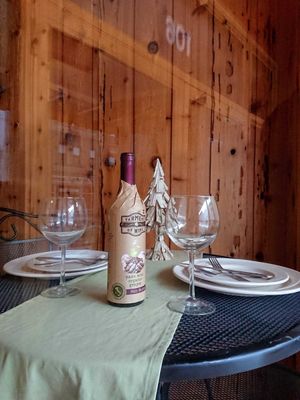 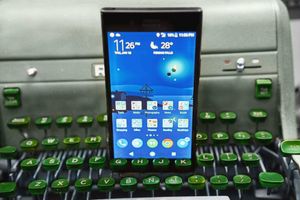