This is the Most Beautiful Linux Distro

Linux has been top of the charts in functionality, security and stability for ages.  It has blazed a trail by crowd driven innovations that software giants like Microsoft, Google and Apple have been happy to follow.   It’s considered the most secure operating system on earth and is often the first choice of the most brilliant minds in the computer realm.  Google uses Linux exclusively in their work environment and developed Android and Chrome OS from its open source code.  That said, Linux has never been an operating system with a reputation for jaw dropping aesthetics or user friendliness.

More recently, Linux distros like Ubuntu, Fedora and Open SUSE have been developed to a more appearance conscious, user friendly model.  Yet, with makeup and high-heels, Linux can be sluggish and lose some of its stability, detracting from two very key attributes that set it apart from other operating systems.

Some time ago, a group called Elementary set out to create an exceptionally beautiful theme for Linux.  The project gained momentum and progressed to producing applications like Geary, a simple, light-weight email client with a clean, user friendly interface.

Elementary continued to follow it’s vision of beautifying and simplifying Linux and produced it’s first operating system, dubbed “Jupiter” in March of 2011.  The release of Elementary OS “Luna” in August of 2013 was a major benchmark for the group.  Unlike Jupiter (which was more or less a pretty adaptation of Ubuntu), Luna features a completely unique desktop environment, windows manager, file explorer and suite of applications.

While it’s intuitive interface and array of hand coded software is perfectly suited for everyday users, power users will be happy to find that Luna OS is equipped with apt package manager, accepts “sudo apt-get” commands in terminal, and features Software Centre – just like a Ubuntu installation.

Luna’s performance is near unparalleled, with a 6 second boot time and almost zero hesitance when starting applications, it’s a very different experience than the latest Ubuntu distros or Microsoft Windows.

The layout of the interface is more akin to Mac OS X, making this OS an easy transition for Apple users.  Given it’s beautifully user friendly design, Windows users should need little or no time to adapt – and once you do, trust me, it’s addictive.

Overall, this is the best distro of Linux I’ve ever used.  It’s combination of near flawless performance, advanced features and gorgeous interface make Luna a perfect operating system for a broad spectrum of users. 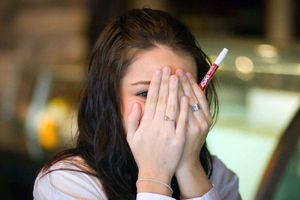 
Things the US Shouldn't Place 1st In 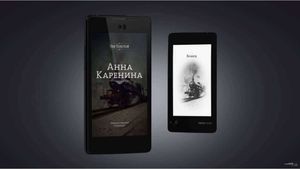