Russia unveiled it’s first ever smartphone today.  The Yotaphone, engineered by newly established Russian technology firm, Yota Devices.  The Android powered mobile device is aimed at bringing smartphone production back onto the European playing field in a market that has become heavily dominated by Asian and US manufacturers.

The handset features two screens, a 4.3-inch 1280 x 720 LCD in the front and 4.3-inch 360 x 640 electronic paper display (EPD) on the back.  The Amazon Kindle-like EPD stays lit, displaying useful information such as the time, date, maps, social media and messages.  It’s even possible to set certain items (like maps or contact information) to remain on the EPD even after the battery has been exhausted.

Vlad Martynov, CEO of Yota Devices sees the dual-screened phone as “a revolution in telephone architecture” and states that “Before Yotaphone, this space was useless.”  While a constantly lit EPD would seem like a quick death to standby and operating times, the screens ultra efficiency can actually conserve battery life.  Martynov explains: “The typical user picks up and activates their smartphone more than 150 times a day”  Why? Because users worry that messages or information they need or want are hidden behind their phone’s black screen.”  Since the Yotaphone gives users the ability to quickly check phone statuses without powering up the more energy intensive LCD throughout the day, users can actually experience increased operating times.

The handset is priced at 19,990 roubles (around 600 USD) and is available in Black and White.  As of today, Yotaphone is currently selling in Russia, Austria, France, Spain and Germany.  According to Martynov, Yota Devices has already received 10,000 pre-orders. 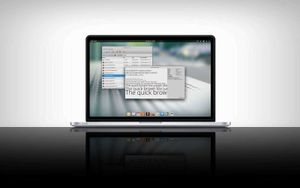 
This is the Most Beautiful Linux Distro


The New Fastest Supercomputer in the World 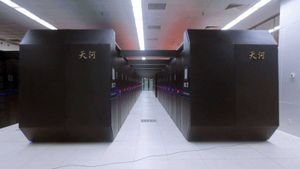