Boeing Company has created an ultra secret, self-destructing smart phone that requires a non-disclosure agreement to be signed in acquisition.  According to Boeing, their new “Black Phone” provides enhanced security features not found in today’s smart phone arena and will be “marketed and sold in a manner such that low-level technical and operational information about the product will not be provided to the general public.”

Boeing refers to their Black Phone as a “sealed device” which is designed to be impervious to hardware tampering for targeted use by “US defence and security communities.

The Boeing Black phone is manufactured as a sealed device both with epoxy around the casing and with screws, the heads of which are covered with tamper proof covering to identify attempted disassembly.”

The filing goes on to state that:

“Any attempt to break open the casing of the device would trigger functions that would delete the data and software contained within the device and make the device inoperable…Hardware media encryption and configurable inhibit controls are embedded to protect the device, its data, and the transmission of information, significantly reducing the risk of mission compromise due to data loss.”

On the bright side, it appears the kind of self-destruct this phone is desinged for is purely that of data, rather than a massive Inspector Gadget like explosion.

Boeing’s Black Phone supports an armory of security features including secure boot, disk encryption, hardware root of trust, as well as crypto engine.  The smartphone has on board dual SIM capabilities as well and the company lists the phone as having “embedded FIPS 140-2 key storage, hardware inhibits, trusted modules and configurable OS security policies.”  It also has a modular expansion port so that extra hardware can be added for satellite connectivity and micro SD slot for additional data storage.

Other than weighing in at 170 grams, the remaining specifications on this phone are more or less average.  Black Phone features a dual-core 1.2 GHz ARM Cortex A9-based processor, a 4.3-inch qHD display with 540 x 960 resolution and 1590 mAh lithium-ion battery. 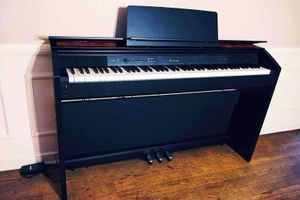