Discover the 7 absolute best Twitter alternatives. Some of these may surprise you!

Kick Back and Relax, We Did the Searching for You

If you’re looking for a brilliant alternative to Twitter, you’ve come to the right place. We’ve scoured the web to identify the best and brightest alternatives for you!

You Are About to Live Life on the Fringe

When choosing a platform for your deepest 140-plus-character-thoughts, always bear in mind that the microblogging landscape is dark and perilous one. If you don’t believe me, just check out this huge list of sites that were around when Twitter was still a fledgling that are now defunct. What you post today may be gone tomorrow, so choose wisely, stay alert, be vigilant, post on multiple platforms, and back up all of your micro-musings god dammit!

It’s not all fire and brimstone in the microblogging realm though. For those who have, for whatever reason, become disenchanted with Twitter and are looking for a way out, there is a ray of hope – a few of those original microblogging platforms did survive – for example, Tumblr and Plurk.  In the ever evolving landscape of the web, there are new challengers always rising. Your mission is to become the heart and soul of these new platforms that are just sitting there, waiting for you to use them. Post like you’re mad! Mass spam all of your contacts with as many join requests as possible and make sure you engage in what I collectively term vaguebooking[note]This term was originally coined by my fantastically wealthy, remarkably aloof , and fiendishly clever friend, Jim Palmer[/note] whenever possible. If you’re not entirely certain what vaguebooking is I’ll explain it to you. You start a thought, for example:

In my wildest dreams, I would have never imagined something this horrible was possible, but OMG it just happened…

…And you leave that thought dangling out there in mid-air. People will ask what’s wrong, they’ll be dying to know what terrible thing has happened in your life, but you must remain strong and ignore any and all requests for further information until the post completely dies down – and by “dies down” I mean that not a single person has asked you about what you meant by your vaguebook for at least two or three days. Then you complete your thought with whatever relevant information you have, and try to act surprised, maybe even a bit disappointed about all the fuss. For example:

Geez guys, they just jacked the price up on catfood by 38-cents, it’s not the end of the world or anything!

The sky is the limit with this type of post. You can apply vaguebooking to relationships, friendships, every day situations- even pets or members of your immediate family:

So sick of this, no one will believe that my bae was even capable of doing what she did today…

You think your grandmother loves you until this happens…

OMG My puppy did something so bad, I’m embarrassed to even say it!!!…

Nothing will ever be the same again after what happened today…

Eventually, you’ll become such a master of vagueness that you’ll be able to start  double-entendre-vaguebooking and no one will have the slightest clue whether something exceptionally good or remarkably bad is about to happen. You’ll learn to post things like:

That’s right, a whole new world of possibilities awaits you in the promise that is vaguebooking and its inevitable evolution into vaguetweeting, vaguetwatting, vaguemamothing, vague-google-plusing, vaguetumblering, vagueplurking, and so much more. But enough about my dreams that vaguebooking will someday infect even the darkest and furthest reaches of the web, let’s get back to these fantastic Twitter alternatives you were looking for. Below you’ll find an absolute masterpiece, the Mona Lisa smile, if you will, of top 7 twitter like websites. Read over each of them slowly, breathe deeply, and ask yourself, which path am I going to take?

If you’re looking to break away from Twitter, but like the look and feel of the site, there’s probably no better option than the opensource awesomeness that is Quitter. Especially if you’re feeling spiteful. Quitter has actually been around since Twitter’s early days and has been somewhat of a thorn in its side under many names and incarnations (identi.ca, locani.ca, and now gnu.io or or gnu-social). Even the name “Quitter” seems to cleverly evoke the imagery of leaving Twitter. On Quitter, you’ll be able to engage in posting Quips instead of Tweets and you’ll find it’s fairly popular in countries like Sweden, Norway, and Iceland, which let’s be honest, are totally badass countries. Overall, it’s the closest thing to Twitter you’ll probably ever see and it’s opensource, ad-free, and free to use, which earns this project our respect. You can even download the software from GitHub and start your own gnu-social platform!

Tumblr is a good bit like Twitter, but provides a bit more of a full blogging interface than the other micro-blogging sites I’ve mentioned. The first nice thing about Tumblr is that you get to create your own unique URL. Much like FriendFeed, Tumblr lets you import external RSS feeds to display on your profile as well as activity streams from sites like Delicious, Digg, Twitter, WordPress, Vox, LiveJournal, Vimeo, and YouTube. Tumblr also gives a bit more flexibility when it comes to posting by letting you post text, photos, videos, audio, links, quotes, and chat. You’ll find a nicely designed array of themes to choose from and be able to keep up with friends using the familiar “Follow” button. Tumblr’s Alexa Ranking is currently 438.

Plurk (www.Plurk.com) offers a twitter like micro-blog interface, but with a genius emphasis on real time. Plurks (micro-blog posts) are stretched out on a linear timeline that’s visible right from a user’s profile! You can scroll backward or forward through time (obviously not into the future) to browse Plurks and can see your Plurks hit the timeline immediately as you post them. The only setback to Plurk (as I see it) is that the default color scheme is somewhat grotesque, but can be easily customized to fit your taste. Plurk also gives you “Karma” (more or less a bragging right) based on how actively you Plurk and a few other criteria. Plurk’s Alexa ranking is currently 1,233.

Google Plus, like Twitter, is also owned and operated by Google so it makes perfect sense if you are disenchanted by one, to leap to the other. It’s got that same feel of sweet satisfaction you get from ditching Facebook for Instagram or vice versa. They both let you post short rants about life and accompany them with flashy images or link to something someone else thought of so you don’t have to form your own ideas into words when you don’t feel like it. Make no mistake about it though, Google Plus is behemoth social platform which has been quietly growing for ages and, in the sense of sheer volume, it’s very comparable to sites like Twitter and Facebook. There are TONS of people on Google Plus – really cool ones, they’re just mostly people you don’t know and aren’t related to.

Update: Sadly Google decided to kill Google Plus. Google Plus is dead, long live Google Plus. On the up side (or creepy side, depending on how you look at it), G+ has been reincarnated in GSuite as a paid communications tool that's kinda, sorta like Microsoft Teams/zombie G+. But yeah, otherwise it's definitely dead.

If Twitter is a harmonious community of 140 word thoughts, Mastadon is an anarchy where everything is about social media on your terms – literally. After joining, you get to mingle with groups of people who dictate their own rules and criteria. If you don’t like the rules of the group you’re in, you can make your own group and tell everyone else where to go. Given the “everyone for themselves” mentality of this site, I expect to see great things happen there. It’s almost like a re-play of the French revolution in website form.

MeetMe takes an app based approach to microblogging, offering apps for Windows, Android, and iOS. While billed as a micro-blogging platform, the experience you’ll have on MeetMe will likely be more similar to using chat apps like SnapChat or WhatsApp and may not be as “Twittery” as you’d like. MeetMe is owned by Meet Inc, the same company that owns Hi5, Tagged, Skout, and some other sites I’ve tried and found to be spammy, annoying, and full of desperate people looking to shack up. Also worth mentioning is the current down-trend in Meet Inc. stock value, which might not make it the best future place to post your treasured thoughts.

Micro.blog is another community made up of sub-blogs, not unlike Tumblr, Mammoth, and others. However, Micro.blog promises “safety” from things like ads and fake news. Minimalists will no doubt fall in love with the remarkably sparse interface and people who hate free things will adore their preference for people who bring their own domains with them and pay for a subscription. Browsing over the site, I’m uncertain as to how the “safety” promised is provided to subscribers. Reading between the lines, I’d venture to guess that, despite being a paid service, Micro.blog monitors and censors their sub-communities and removes whatever they deem to be “fake news” – a great service if you’re looking for a sheltered experience. While I’m not a fan of fake news, I tend to think education, particularly in critical thinking, rather than paying for censorship, is the better solution. 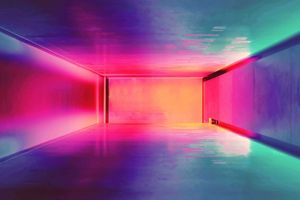 
Steve Jobs Quotes That Will Make You Rethink Life 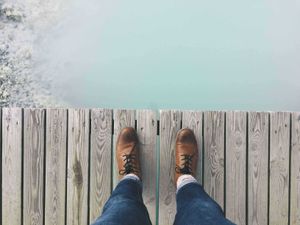